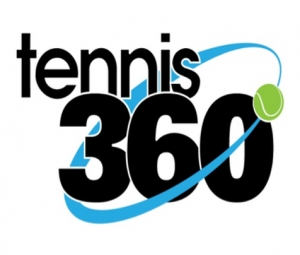 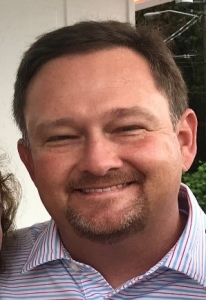 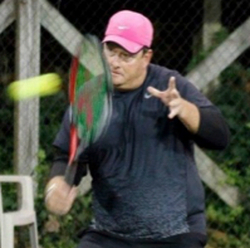 Derek grew up playing junior tennis in Charlotte where he had state rankings in the top 10 and sectional rankings in the top 30. He played collegiate tennis on scholarship for UNC-Greensboro (1988-1992). His collegiate tennis included being a four-year starter in singles and doubles. He graduated with two degrees from the Bryan School of Business (marketing & economics).

Derek is the creator, owner and director of Tennis 360 – a full service tennis management company.  He started this venture upon leaving Green Valley Park in order to further his tennis career.  He has been the Director of Racquet Sports at the Cardinal Swim & Tennis Club since January 2015 when the club started.  His past work experience includes the 17-year Director of Tennis at Green Valley Park (February 1997 – February 2014).  Derek was also the Assistant Tennis Professional at Starmount Forest Country Club (1993-1997) in Greensboro.

Derek received the 2007 USPTA North Carolina Professional of the Year from the United States Professional Tennis Association (USPTA) Southern Division. This award is presented to an individual who achieves excellence in performing the duties of a USPTA Tennis Professional. Areas of achievement might include teaching and coaching, management and administration, competitive play, research and publication, and community service. Derek is a certified member of the USPTA, the world’s oldest and largest association of tennis teaching professionals.

Derek was a 15 year board member and a Past President of GRETA (Greensboro Regional Tennis Association ~ USTA).

He also served the Secretary of the North Carolina USPTA Board from 2004-2008.

Derek enjoys spending time with his daughter, Lyndsey.  He loves watching her play field hockey at Page High School.  Derek also playing golf in his spare time.  Derek is extremely excited about the continued forward progress and leadership of the membership of the Cardinal Swim & Tennis Club and is ready to lead this racket sports program to continued greatness!! 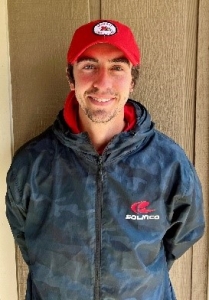 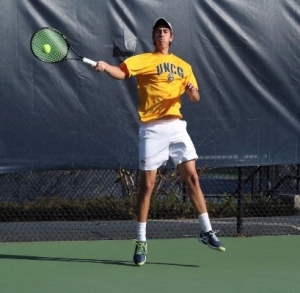 Eric Whisnant was born in Brooklyn, New York, and has lived in Greensboro for the past 13 years.  As a junior, Eric competed in USTA Tournaments all over the Southeast.  Eric achieved a Top 10 ranking in North Carolina and a Top 100 ranking in the USTA Southern Section.

Eric attended Western Guilford High School (2012-2016) where he was awarded All – Metro 4A Player of the Year as a freshman.  Over his last three seasons at WG, Eric won 3 straight Mid – Piedmont 3A Conference Team Championships, and two Individual Conference Championships in doubles.

After high school, Eric played collegiately at UNCG.  Eric competed for the Spartans and was a four-year letter winner.  Eric graduated from UNCG in the spring of 2021 with degrees in Marketing and Finance in the Bryan School of Business and Economics and minored in Philosophy.

Over the past 8 years, Eric has taught at various clubs around Greensboro.  These clubs include Lake Jeanette, Lawndale, Pinetop, and the Greensboro Tennis Academy at Spencer Love.  Eric has vast experience for his youthful age and is very comfortable with all ages and levels of tennis. His love of the game shows in his exuberance in teaching.  Eric started at the Cardinal Swim & Tennis Club in the spring of 2018 as a staff assistant and was recently promoted to Assistant Professional!  Eric will also be gaining his USPTA certification in 2022. 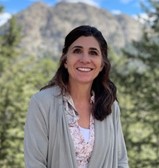 Cathie was born in Kentucky, but Greensboro has been home for many, MANY years.  She received her degree in Health and Physical Education from East Carolina University.  Always wanting to learn new things she started playing tennis 20 years ago. She fell in love with tennis and still actively plays but she has found a new love….PICKLEBALL!!  She loves pickleball because it is truly a life sport, and all ages can play.  Perfect for families and friends alike! Cathie loves the ”social” aspects of pickleball and bringing people together for fun! Since her teaching “retirement” she has more time to play and share her love of PICKLEBALL with others.

Cathie enjoys time with her husband Steve and their three children, Christian, Noah and Sophia. She loves cooking, crafting, gardening, hiking, taking classes to learn new hobbies, and snuggles with her dog Layla. 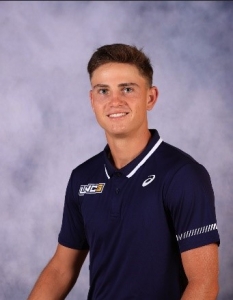 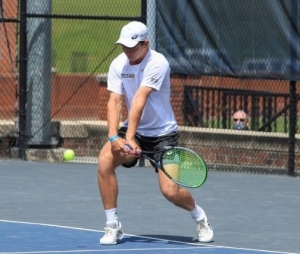 Christopher Johns was born in Akron, Ohio, and has lived in Greenville, SC for the past 18 years.  Recently he has moved to Greensboro to attend UNCG.  As a junior, Christopher competed in many USTA tournaments across the Southeast. Christopher reached a top 5 ranking in South Carolina and a top 20 in the USTA Southern Section.

Christopher attended South Carolina Connections Academy graduating 3rd in his class for high school. Originally, Christopher committed to play Division 1 tennis at East Carolina before the program was cut in 2020.

In spring 2021, Christopher joined the UNCG Spartans and started in every match as a freshman.  Christopher plans to earn his undergraduate degree in Business within 3 years and obtain a M.B.A his senior year at the Bryan School of Business and Economics. He currently has a 4.0 GPA and is a member of the UNCG Dean’s  & Athletic Honor Roll.

Over the past 4 years Christopher has helped develop several USTA junior team tennis teams in his hometown Greenville, SC.  He has also helped run multiple Nike Tennis Camps at Furman University, working with kids ages 7 to 16.  Christopher has started teaching at the Cardinal Swim & Tennis Club in the fall of 2021. 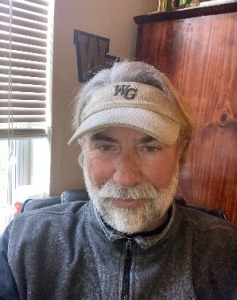 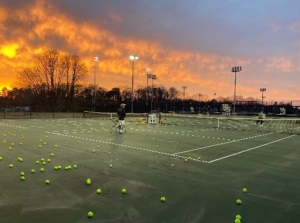 Jeff Whisnant grew up in Asheboro, North Carolina. Around seven years old, he joined a vibrant tennis community studying tennis under Morris Whitson and Martha Clarke. At the local level, Jeff was number one at every age group from 10s thru 18s; competing in USTA junior tournaments around North Carolina; playing number one at Asheboro High School.

After high school, Jeff attended East Carolina University where he began teaching both tennis and tutoring academically at the university. During this same period, Jeff first began training tennis players both adult and junior. In the mid 80s, Jeff did graduate work at UNCG, where he completed a second major; completed certification training in the School of Education.

In the 90s and early 2000s, Jeff lived in New York City where he again fell in love with tennis. Following a visit to the US Open at Flushing Meadows, he was stopped on the street by neighbor who inquired if he played tennis. With a sardonic little laugh, he said, “I used to.” From there, he began playing again actively – joining a local Brooklyn 4.5 men’s team that went on to play in nine (9) straight New York City finals, winning five (5) of those finals, including five (5) New York State USTA team championships. Jeff also competed in USTA singles and doubles tournaments all around NYC including being a finalist in the Brooklyn Borough Singles Championships and winning the Doubles title with partner, Peter Gunter.

In 2006, Jeff moved his family from New York City to Greensboro, North Carolina. Around 2007/2008, Jeff enrolled his two boys (Eric & Dylan) in local tennis programs at Oak Hallow Tennis in High Point. His gradual move from marketing world into tennis teaching began because began as a coach with the Oak Hallow 14s team, with both Eric and Dylan competing nine (9) and (8) years old.

In 2010, Jeff became head coach at Western Guilford High School and around the same time began teaching tennis at Greensboro Tennis Program (GTP).  At Western, Jeff inherited a program that needed an infusion and with the support and cultivation of their dynamic tennis community.  Along the way, he helped develop championship quality teams while at the same time graduating all-academic student athletes. At GTP, he has had the privilege of teaching with and learning from some of our area’s best tennis instructors.  At GTP, Jeff worked with juniors from orange ball beginner to state, sectional and national level players. Over a ten (10) year plus period Jeff worked in the afterschool clinics, ran weekend match play tournaments for 10s thru 18s; ran weekend clinics; trained private, semi-private and group junior lessons; taught adult private lesson’s; traveled as coach to USTA junior tournaments; worked with and trained junior players as ball-kids for both the Columbia Forest State Tournament and the Winston Salem Open, For past ten (10) plus years, Jeff has dedicated himself to one goal – helping whomever he is teaching to reach their highest potential. 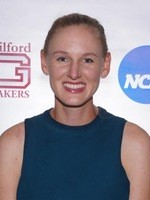 Kim Kleimeier was born in Gernsbach, Germany and moved to the US with her parents at age 12. Growing up, playing tennis was a family sport. Once she attended Cannon School, part of the NCISAA conference, she competed as part of the high school varsity tennis team.

From there, Kim attended Guilford College right here in Greensboro, NC. A competitive Division III college and part of the Old Dominion Athletic Conference, Guilford gave Kim an opportunity to compete at the college level. She was captain her Junior and Senior year and competed at #1 Doubles.

In Fall 2018, Kim transitioned into the Head Women’s Tennis Coaching role at Guilford. Her program has seen marked improvement over the past two years. During her off season in 2021, Kim also took on the role as Compliance Coordinator for Athletics. 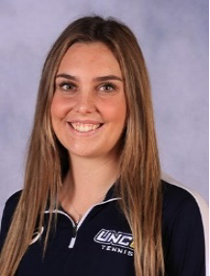 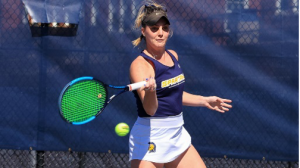 Hanna Giddings was born in Atlanta Georgia and lived there until she was 18 years old. Hanna has been living in Greensboro the past 4 years to attend UNCG.

As a junior, Hanna played USTA tournaments in the Southeast and nationally. She was top 10 ranking in Georgia and top 50 ranking in the southeast.

During her four years playing at UNCG, she led the team her freshman year in doubles going 8-2 playing line 1. Her junior year she led UNCG in nine singles wins finishing 9-4 playing lines 2 and 3. She started the season 6-0. Due to a medical redshirt and COVID year, Hanna plans to stay and play for another 2 years finishing up her bachelor’s degree in Recreational Therapy and looking to get her masters in RT as well.

Hanna trained at Universal Tennis Academy in Georgia where she helped work the junior program and run tennis camps. She started teaching at the Cardinal Swim & Tennis Club in the summer of 2022.